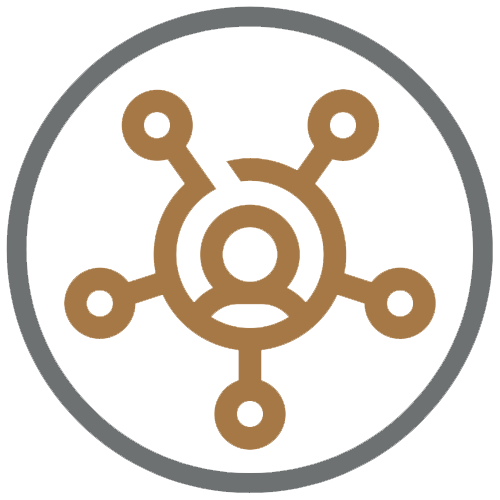 The staff of Impact Environmental is dedicated to providing expert services for its clients. Our dedication stems from our enthusiasm, is tempered by our expertise and polished by our diversity of experience. 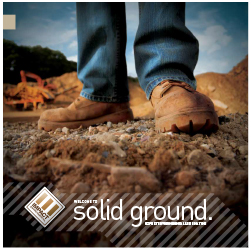 Richard Parrish has been the President and Chief Executive Officer of Impact Environmental, and its Senior Consulting Geologist since he founded the firm in 1989. He has over 40 years of experience working as an environmental professional in the New York metropolitan area. He has shaped Impact Environmental into a full-service environmental remediation and waste management consulting firm operating in over a dozen states. Successfully taking on world-class projects, Mr. Parrish has skillfully led Impact Environmental in supporting and partnering with the largest construction and development companies in the world. Mr. Parrish’s experiences and skills have made him as fluent in the legal language of the industry, as he is in the technical language.

During his career with Impact Environmental he has overseen the performance of over 10,000 Phase I and II Environmental Site Assessments, designed over 200 gasoline station release investigations and remedies, directly supervised the investigation and remediation of over a dozen listed Inactive Hazardous Waste Disposal Sites, navigated more than 100 clients through all phases of the Brownfield and Voluntary Cleanup Acts, and authored over 25 Beneficial Use Determinations for the recycling of contaminated media.

His recent professional achievements have led to the development of a Class B Recycling Center in Lyndhurst, NJ taking in material from many of the major capital construction projects all over the region. Mr. Parrish has worked tirelessly to navigate the completion of Brownfield Industrial Sites to meet full government compliance. He also has permitted over 10 solid waste recycling facilities located in New York, New Jersey, Pennsylvania, and Indiana to accept contaminated media for recycling. These include the Former General Motors site in Linden, New Jersey, the former Hudson County Landfill at Lincoln Park, the former Diamond Chemical Company Plant in Lyndhurst, New Jersey, the former Atlas Cement Quarry in Northampton, Pennsylvania, the former DuPont Chemical Works in East Chicago Indiana and the former New Jersey Zinc West smelting plant in Palmerton, Pennsylvania.

Mr. Parrish has been actively involved in the redevelopment of over 20,000,000 square feet of industrial and commercial real estate throughout the country.

Scott Aschoff has been a Principal at Impact Environmental since 2016. He comes to Impact with well over 20 year’s experience as a Chief Operating Officer in private finance and investment banking. He is a graduate of the University of Pennsylvania with a Master’s degree & Bachelor’s degree in Organization Dynamics and Business Administration & Marketing, respectively. He is a proven business leader with expertise in strategic planning, mergers and acquisitions, and organizational development. His vision has created successful organizational cultures in award-winning corporate global operations, technology and compliance platforms. As a corporate officer in a variety of financial firms, Mr. Aschoff demonstrated strong operations, systems and business leadership skills and established a track record in change management and organizational effectiveness. He was a founding member of DLJdirect formerly, CSFBdirect and Harrisdirect, LLC, In New York. Mr. Aschoff also served as the Chief Operating Office at Janney Montgomery Scott in Philadelphia., Pennsylvania

In 2018, Mr. Aschoff was one of the industry leaders in Opportunity Zone regulation and best practices working with senior leaders in the public and private sectors in Washington DC to finalize and fine-tune the current regulatory structure.   Mr. Aschoff has been quoted in numerous publications including the Wall Street Journal, the Real Deal, New Jersey Magazine, NWI Times and given expert speeches and presentations in New York City, NY, and Chicago, Illinois.

Mr. Aschoff is currently involved in legislation to improve the accountability, transparency, and extension of the current regulation with the US Senate, and US Congress.

Mr. Aschoff has been a senior leader in expanding the firm’s Brownfield properties and industrial portfolio into Florida, Indiana, Pennsylvania, and New Jersey.

As the Quality Control Manager and professional engineer of the company, Mr. Yuan’s over 12 years of experience has led some of Impact Environmental’s largest projects. His skills at design and implementation of remediation plans for contaminated sites and his ability to act as an on-site manager have made him an essential part of the team. Mr. Yuan also actively works in managing compliance and permitting work for waste disposal and beneficial reuse projects that direct solid wastes away from landfills and reduce the life cycle of greenhouse gas footprints. He has made his mark as an integral part of such projects as the Columbia University Manhattanville Redevelopment, the Former New Jersey Zinc Co. West Plant Remediation Project, and the former Pitt-Consol Chemical Co. Redevelopment Project.

Kevin Kleaka is Executive Vice President and Professional Geologist at Impact Environmental. He started with Impact in 1994, early in its history, and remains principally responsible for the environmental consulting engineering practice across the country. Mr. Kleaka’s expertise is derived from over twenty-five years of experience with environmental site assessments, remediation of state and federal brownfield remediation projects, petroleum spill remediation, superfund cleanup sites, resource conservation and recovery act sites, underground storage tank compliance, vapor intrusion investigations and mitigation, and engineering control design and implementation. His long-term history and dedication with the company serves as the foundation for many client relationships and drives the overall management of the company.

Mr. Kleaka works with numerous clients, including private and public real estate property owners, developers, financial lenders, investors, insurance companies, government agencies, construction companies, and attorneys to navigate the complex environmental regulations throughout the country. He is responsible for a skillful team of engineers, geologists, hydrogeologists, environmental scientists, and technicians. His team is very dedicated and consistently exceeds client expectations through the successful completion of hundreds of projects each year.

Christine Bell has been a part of the Impact Environmental family for over 17 years, starting out at the front desk and progressing to Director of Business through her hard work and dedication.  As one of the senior administrative staff members, Ms. Bell has been an integral part of implementing multiple systems to improve the efficiency of day-to-day operations. Ms. Bell is also responsible for the financial management of our environmental consulting division. With her extensive knowledge of the industry and resourceful skillset, Christine exemplifies the standard at which Impact Environmental operates.

Mr. Mendez-Chicas has more than a decade of project management experience, with a strong focus on coordinating and overseeing large-scale capital projects including his most notable achievement on several large contracts for the New York City MTA/LIRR East Side Access Project. His other areas of expertise include Phase I and II Environmental Site Assessments, commercial and industrial investigation, remediation and treatment system design, State & City Voluntary/Brownfield Cleanup Programs, State Superfund Sites, Brownfield Environmental Restoration Programs, Federal RCRA Closure, waste characterization and management, public agency permitting and stormwater pollution prevention planning.  With over 14 years of industry-related experience, Mr. Mendez-Chicas has developed a talent for leadership, diplomacy, and client relationships, and has become adept at managing complex and technical projects. One of his key strengths is providing clients with regulatory strategy and technical guidance, which continue to be the leading principles of our company.

Mr. Rozek is well-versed in applicable federal and state regulations (as well as appropriate guidance documents). Mr. Rozek understands the unique project goals of each client, allowing him to be the bridge between the client and regulator and to tailor recommendations that achieve both business needs and regulatory approval. Mr. Rozek is proficient in all aspects of the project life cycle and uses his strong interpersonal skills and industry knowledge to curate healthy, growing client relationships.

Jon Morgan joined Impact Environmental in 2006, quickly becoming responsible for handling the company’s contracting work. During these early years, this included but was not limited to drilling, paving, SVE subsurface and system installation, piping, electrical, plumbing, and installation of subsurface vapor systems, subsurface fuel station work, and air knife. Mr. Morgan went on to become the Vice President of Impact Site Works and has effectively managed crews of up to 30 people on site, overseen all equipment necessary to complete the scope of work for a project and managed the incoming material brought onto the site (which includes crushing, screening and placement of the material) to specifications. He has completed from the smallest to the largest Impact Environmental projects such as the 8-acre Paterson Plank Road site in a low-lying area that required environmental remediation and construction of a building pad to the extensive ground and surface cleanup of the 92-acre former Gerdau Steel Mill Water Front. Mr. Morgan’s pivotal role as Vice President of the Impact Environmental Siteworks division ensures every facility and site is safe, compliant and efficient.

Mr. Morgan currently manages the remediation processes and construction of the building pad for the 435-acre East Chicago Gateway Project. He and his crew are critical for clearing the site, sub-surface remediations, utilizing specialized intelligent equipment to control dig depths and record the data, surface and subsurface tasks, site demolition, and assisting with daily site operations and material management with employees and subcontractors. From the first boots on the ground to the completion of work he and his team are integral to a smooth workflow.

Nathan Kalenich joined Impact Environmental with an extensive background in operations, engineering, and sales. In 2014, Impact Materials was formed to manufacture recycled products from the Impact Reuse and Recovery Center (IRRC) in Lyndhurst, New Jersey. Within a few short years, Mr. Kalenich has managed to ramp up production at the IRRC facility to form an efficient and exemplary Class B Recycling Center. Impact Materials currently offers recycled concrete, soil and bluestone products that can meet the most stringent environmental criteria as well as meet the required Geotechnical Specification. In 2019, he added Impact Materials of Jersey City to broaden the service area and double bluestone production capacity. Mr. Kalenich is a graduate of Drexel University with a Bachelor of Science in both Civil and Architectural Engineering.

Hal Benjamin is a Senior Technical Manager at Impact Environmental. Mr. Benjamin started with Impact in 2002; his expertise is derived from over thirty-four years of experience performing site assessment, soil and groundwater remediation, aquifer testing, pilot testing for sparging and vapor mitigation systems, groundwater and wastewater treatment, construction dewatering, cryogenic system operation and engineering control design and implementation. His long-term history with Impact Environmental and depth of knowledge serve as the foundation for many client relations. He has worked on projects from the Gulf coast to New England with numerous clients including DOD, railroad companies, airports, construction companies, municipalities, large oil companies, private real estate, property owners, and developers. He holds an N3 Industrial Waste-water Treatment license and lends his technical expertise to Impact Environmental’s team of engineers, geologists, hydrogeologists, environmental scientists, and technicians. He is team-oriented and dedicated to consistently exceeding client expectations through the successful completion of their projects.

From a young age, Alex Parrish has expressed an interest in environmental sciences and relationship management, motivating him to join Impact Environmental during his teenage years. Mr. Parrish learned his foundational knowledge under mentors within Impact Environmental and developed his diverse skillset through hands-on experience in areas including Phase I and II Environmental Site Assessments, soil and groundwater site and remedial investigations, material sales, quality control and Brownfield management. Mr. Parrish graduated with a degree in Environmental Science with an emphasis in Urban and Regional Development and a minor in History from the University of Arizona in 2020. Despite the challenges posed by the global pandemic, Mr. Parrish swiftly stepped into his current role as Brownfield Manager to oversee Impact Environmental’s waste management division and successfully led the team to move over five million tons of soil to various beneficial use facilities in four states. Pivoting out of the pandemic, Mr. Parrish is spearheading the company’s exploration into green commerce and the acquisition of new Brownfield permits for future beneficial use properties.